Inflation gained last month according to the United States Department of Labor, with the Consumer Price Index up 1% from April and 8.6%, a situation that has the National Retail Federation pushing on two issues, tariffs and biofuels.

Although observers have cited inventory overruns and corresponding discounting from major retailers including Target as an anti-inflationary influence on the market fuel and food prices, increasing energy and food price increases continue to take bigger bites out of consumer budgets, Department of Labor’s CPI report pointed out.

“This report showing that rampant inflation is one more reason for the administration to move quickly to repeal tariffs,” NRF President and CEO Matthew Shay stated. “Independent researchers and government agencies agree that ending tariffs is the fastest way to relieve the pressure of higher prices that American businesses, workers and consumers are facing every day. While the Federal Reserve continues with its long-term strategy to stem inflation, we need the administration and Congress to move forward on steps to lower prices that can be taken immediately. Repealing tariffs is one of those steps and one of the most effective and meaningful.”

The call comes after the NRF protested that biodiesel levels set by the Environmental Protection Agency for this year are too high and will drive up prices on edibles and oils used by food processors. 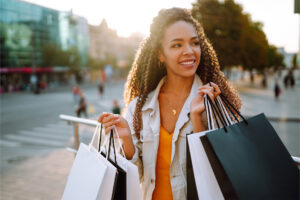