Dokmecioglu agreed to resign because of violations of KDP’s code of conduct unrelated to strategy, operations or financial reporting, according to the company, which did not specify the violations that led to the resignation.

“Keurig Dr. Pepper’s Code of Conduct is built on a foundation of ethics, integrity and personal responsibility.  Every employee, without exception, is accountable for knowing and following the Code,” said Paul S. Michaels, lead KDP board director.  “Bob’s vision and leadership have driven KDP’s success as a modern beverage company to date, and the Board is grateful for his willingness to return as CEO.”

“KDP has a deep and talented executive team” said Gamgort.  “I look forward to continuing to work with the leadership team and the Board in the role I held less than four months ago.”

Dokmecioglu, before his CEO appointment earlier this year served as KDP’s CFO since July 2018 and president of international since November 2020. Before the Keurig and Dr. Pepper merger, Dokmecioglu was the finance chief at Keurig Green Mountain, beginning in May 2016. Before that he held CFO roles at Kellogg’s.

Sudhanshu Priyadarshi, selected to succeed Dokmecioglu as KDP CFO, is set to begin in that position next week. 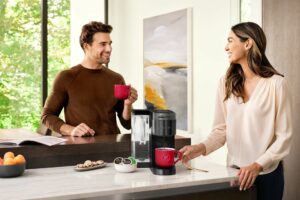 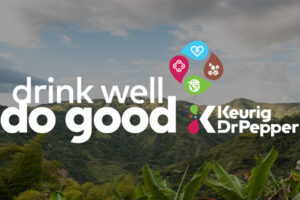