Home Tuesday Morning Shores Up Finances While Dealing with Tough Q3, Outlook
May 12, 2022 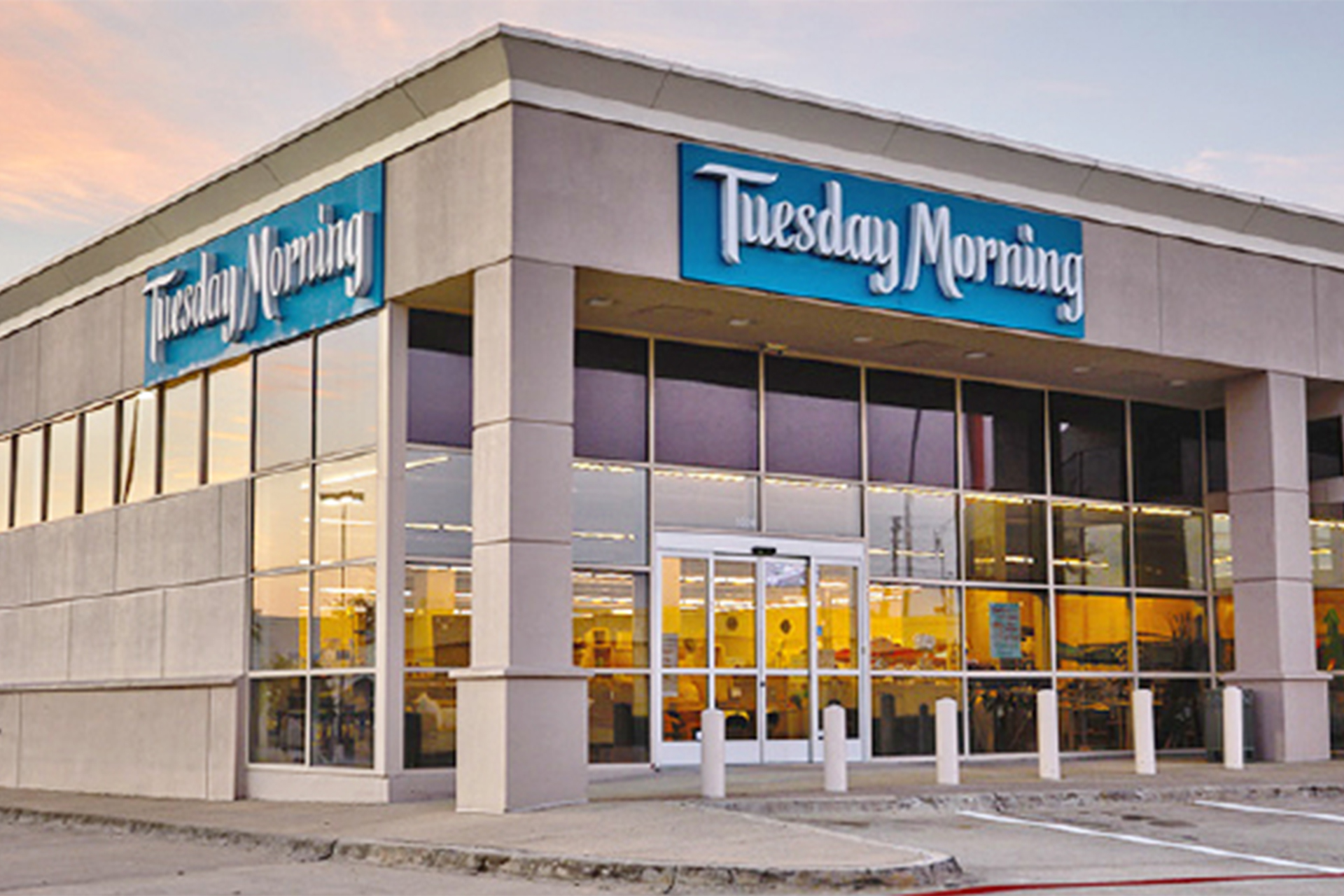 For the third quarter of fiscal 2022, Tuesday Morning Corp. reported a smaller net loss but expectations of a weaker than expected fourth quarter.

Tuesday Morning missed a Yahoo Finance-published analyst estimate that called for an 18 cents per diluted share loss and sales of $163.2 million.

Comparable store sales increased 0.6% for the 486 stores that were open in the third quarter of fiscal 2022 and the same period in fiscal 2021, the company stated.

In a conference call, Fred Hand, Tuesday Morning CEO, said that operations met the company’s expectations through February but that challenges arose in the last part of the quarter as those expectations did not take into consideration the effects of political turmoil in Europe and the elevated rate of inflation. However, he added that macroeconomic headwinds can, though creating difficulties, can become an opportunity for acquiring off-price products and that Tuesday Morning has an experienced leadership team and employee base that can capitalize on present market conditions.

He also said that the company has been advancing several long-term initiatives to improve operations and results. Tuesday Morning is working to cut distribution center and logistics center costs in a multi-year initiative, reevaluating its store network real estate with an eye to reducing costs and growing the chain, and has enhanced its information system to align the company’s merchandising and financial calendars.

In announcing the financial results, Hand stated, “Our comparable store sales increase through February was in line with our expectations contemplated in our original guidance. While our guidance assumed that March would be difficult due to the Easter shift and lapping stimulus, it did not include the disruption in Europe and incremental inflationary pressures. Given the ongoing macro headwinds and uncertain consumer landscape, we have revised our full-year outlook. Our revised outlook takes into account the steps we are taking to end the fiscal year with store inventories below last year’s levels, which we believe will best position us to take advantage of the abundant supply of merchandise available in the marketplace.”

He also said, “We are very pleased to announce the completion of a debt transaction that results in a number of benefits including improved liquidity, and a $5 million reduction on our term loan.”

In the conference call, Hand said, the transaction will provide Tuesday Morning with enough liquidity to maintain operations for at least the next 12 months.

Still, the company expects its fourth-quarter fiscal 2022 comparable store sales to decrease by 3% to 5% when compared to the fourth quarter of fiscal 2021. Given the third quarter sales shortfall and the projected decrease in the fourth quarter coupled with more markdowns required in the final frame, the company stated that it now expects to report an adjusted EBITDA loss for fiscal 2022 between $26 million and $29 million. Third-quarter EBITDA loss was $12.8 million versus a loss of $31.9 million for the third quarter of 2021, a period in fiscal 2021.

As of the end of the third quarter, the company operated 490 stores.