Hamilton Beach Brands Holding Company announced a year-over-year revenue decline in its fourth-quarter attributed by the company in part to supply chain constraints that curbed its ability to completely fulfill strong demand from retailers and consumers.

Total revenue in its fourth quarter decreased 15.5% to $197.8 million compared to $234.0 million a year earlier, which the company said was unusually high because of significant order backlog fulfillment that shifted from the third quarter of 2020 during a cutover to a new ERP system.

Sales of the company’s premium branded products increased during the quarter by 24.6%. E-commerce sales were approximately flat after a pandemic-related jump to new levels in 2020.

Gross profit during the quarter was $43.1 million compared to $54.6 million. Price increases that became effective in the second half of 2021offset higher product and transportation costs, according to the company.

Total 2021 revenue increased 9.1% to a record $658.4 million compared to $603.7 million in the year-earlier period. Hamilton Beach Brands reported it generated higher sales in the North American consumer market, driven by continued strong demand in the U.S. and Latin American markets and an increase in average sales price. E-commerce revenue increased 22.4% and represented 37.5% of total sales for the year.

Gross profit margin for the year was 20.7% compared to 23.0%, attributed mainly to significantly higher transportation costs from supply chain disruption and partially offset by price increases. Operating profit for the fiscal year was $31.5 million compared to $37.4 million a year earlier. Full-year net income from continuing operations was $21.3 million, or $1.53 per diluted share, compared to net income of $24.1 million in 2020, or $1.76 per diluted share.

Hamilton Beach Brands, as part of an exclusive multi-year licensing agreement with The Clorox Company, is three new Clorox air purifiers and replacement filters in the first quarter of 2022 with plans to launch additional new models later in the year.

New product introductions and digital marketing are expected to drive growth of the company’s premium branded products, which generated a year-over-year sales increase of 33.4% and accounted for 12.9% of total revenue. Wolf Gourmet is expanding its retail placement. The company said it plans to launch the next generation of the Bartesian premium cocktail machine. The CHI premium garment care brand continues to grow as people return to offices to work and travel more. New products for the Weston brand include meat grinders and slicers, smokers, food dehydrators and vacuum sealers. The Hamilton Beach Professional line, which leverages the company’s commercial products expertise for home cooks, continues to gain new channel placements. 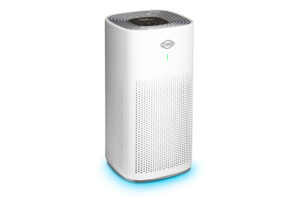 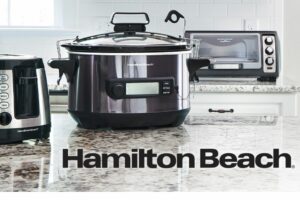 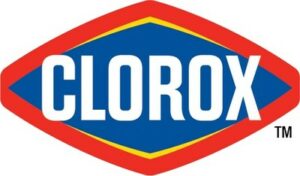